We often encounter and often overlook some problems with NC press brakes, but there are more significant problems, so it is very worth noting. Whether in China NC press brake or the CE certification of European Community mechanical and electrical products, it is an integral part of the mandatory implementation. Some NC press brakes still have the following phenomena during the maintenance and renovation work. 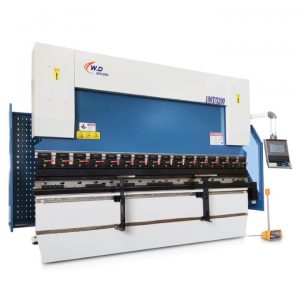 Some NC press brake equipment adds some mechanisms because the wiring is convenient, or it is related to other equipment; the power consumption of the new agency is not from the power cut-off switch of the equipment, but the other leads, thus violating the "putting "Mechanical and electrical equipment connected to a single power supply" (GB/T5226.1─5.1). In an emergency, cutting off the power switch on the equipment cannot cut off all the equipment's power, which is a potential hidden danger to personnel.

Take the European and American standard GB/T5226.1 as an example, which stipulates that "the neutral line and the protection grounding circuit should not be connected in the electrical equipment. The PEN dual-purpose terminal should not be used inside the mechanical, electrical cabinet."

The modified NC press brake needs an AC220V power supply due to the addition of devices, so one of the three-phase 380V and the machine tool PE grounding terminal is directly connected to form AC220V, and after adding three-phase power devices, the centerline drawn from it is connected to PE. on the terminal. If a place is disconnected due to a mechanical fault, the device becomes a charged body with a voltage of 220VAC to the ground. The equipment at this time can cause direct electric shock injury to personnel.

In general, ChinaNC press brake manufacturers stipulate that according to Chinese standards, "the centerline can only be used with the user's consent. When using the center line, it should be clearly stated in the technical documents of the machine, and a single-use insulating terminal marked with N should be provided for the centerline. "Therefore, when the NC press brake is retrofitted, it is impossible to connect the centerline to PE indiscriminately to ensure the safety of production and maintenance personnel.

Under protection Of Electrical Equipment

In the Chinese standard GB/T5226.1, thermal protection measures are required to operate 0.5kw and above motors continuously. The heat accumulation failure of the engine is an important reason for the motor to burn out.

In the process of NC press brake equipment renovation, the use of "time-current" protection devices that do not match the engine, that is, when the time constants of the protection device and the protected device windings are pretty different from each other, often cannot achieve adequate protection.

The electrical cabinet structure of the equipment violates the following provisions in GB/T5226.1─6.2.1: "Only under one of the following conditions, the opening of the protective shell (i.e., door, cover, cover, etc.) must be used. Keys or tools are opened by skilled technicians or trainees and may not be suitable for opening electrical equipment during operation.

The ventilation of electrical cabinets of NC press brake machine tools and other equipment has long been recognized as a "positive pressure" method globally. 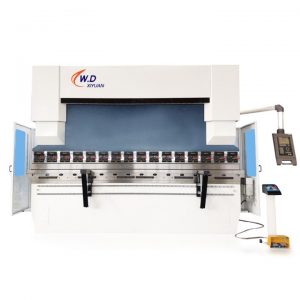 When the equipment with the risk of splashing does not have the protective door interlocking function, and it is necessary to confirm that the operator's hands have left the dangerous action area, there is no two-hand control mode.

When the lack of phase causes the electrical appliances to burn out, the three-phase linkage circuit breaker is not installed. The three-way insurance is used respectively, which constitutes a hazard to personnel and property.

Everyone knows that signals involving personnel and equipment safety, such as emergency stop signals, overtravel signals, alarm signals, etc., should be "stop by power-off" and "cut off all energized wires of the controlled device."

When the NC press brake works typically without overtravel, the circuit is "disconnected" (low level), when the moving part overtravel presses the travel switch, the course is closed (high level), during the debugging of the machine tool, the maintenance personnel has Measured the circuit, unplugged the plug and failed to plug it in in time.

As a result, the course was always in the normally open state during the test run, and the controller confirmed that the machine tool was "normal" so that the lead screw support bearing seat was damaged.

"Grounding one side of the relay coil" in the control circuit has long been an effective safety measure to avoid malfunction. However, in some modified NC press brake equipment, both sides of the relay coil are provided with control contacts, or one end is connected to the power supply.

The other is connected to the contact point since the line is put on and off the NC press brake equipment; if there is a short circuit to the ground due to mechanical wear and insulation failure, the relay malfunctions, and the consequences are disastrous.

Some transformed machine tools fail to give corresponding warning signs following the requirements of GB5226.1─18.2. It is often not well explained in the revised technical documents and only verbally warns the operator during training.